Around this time of year in Sydney they run a huge sculpture exhibition from Tamarara bay around the headland to Bondi beach. We had a work barbeque and expedition to see the sculptures, which were pretty awesome! 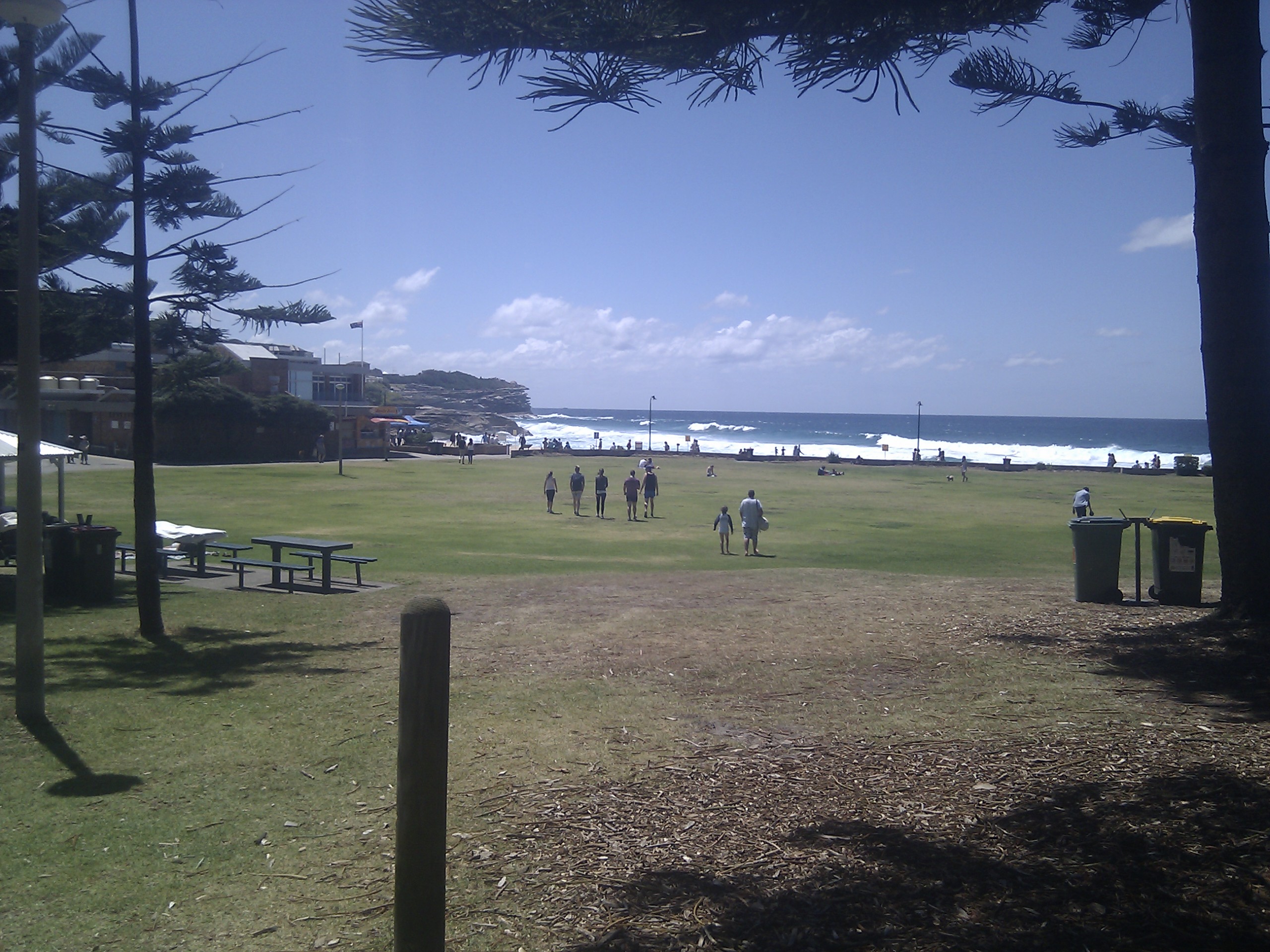 Here are a few that I liked (apologies for the poor quality, my camera couldn’t really cope with how sunny it was!): 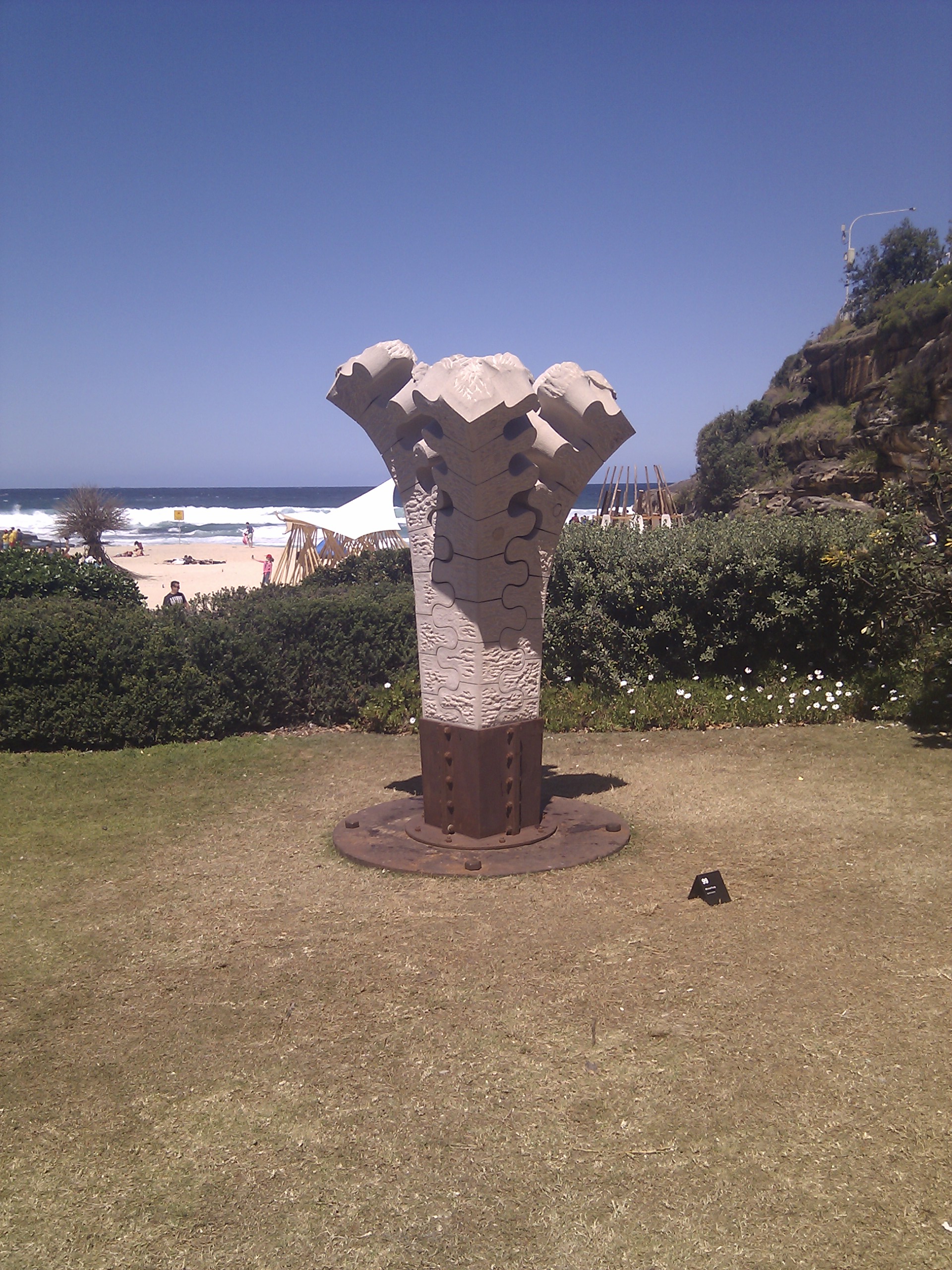 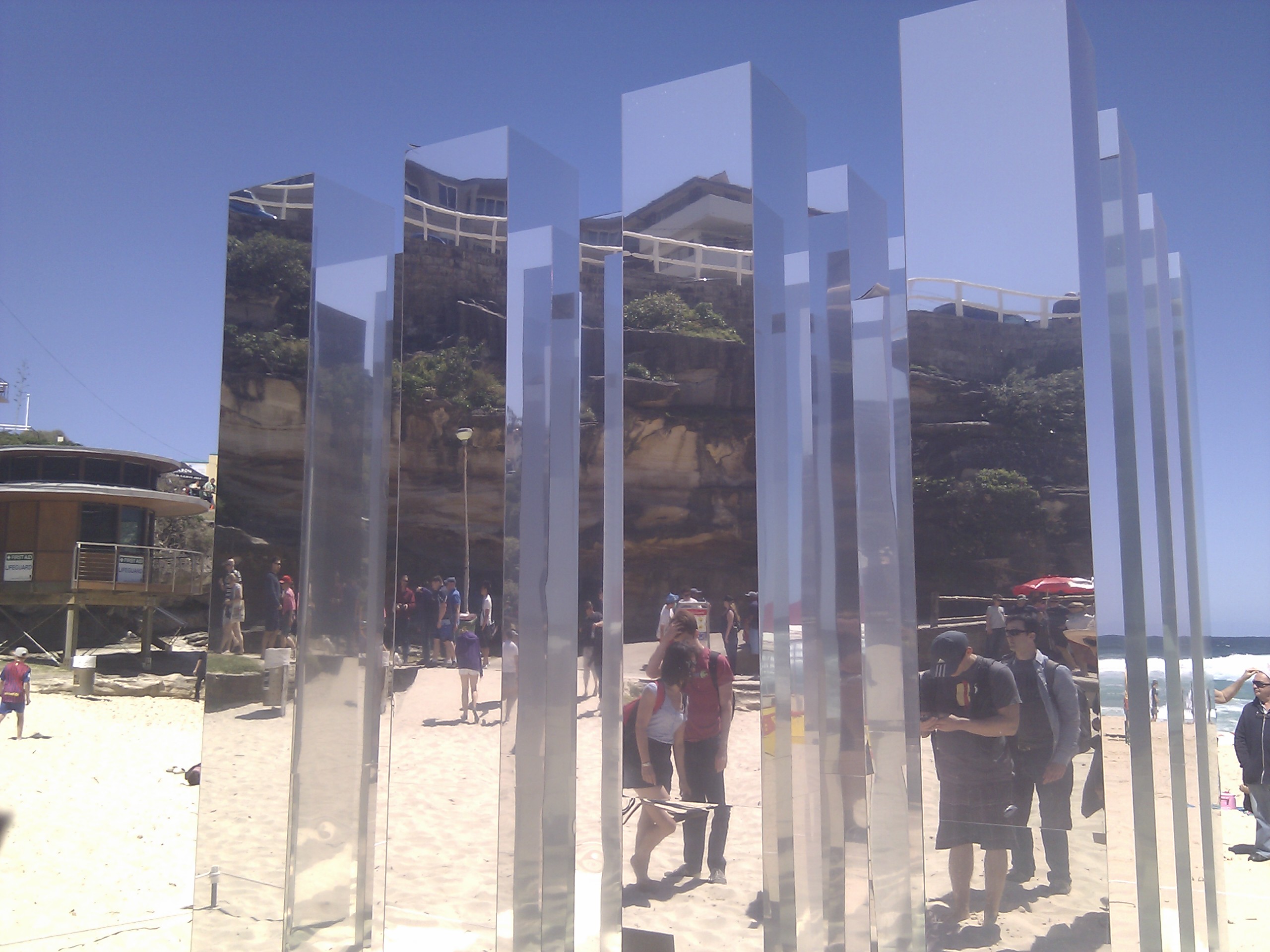 This looks like the shiny twins of the monoliths from 2001 decided they wanted a beach party. The effect of looking through is pretty cool, though. 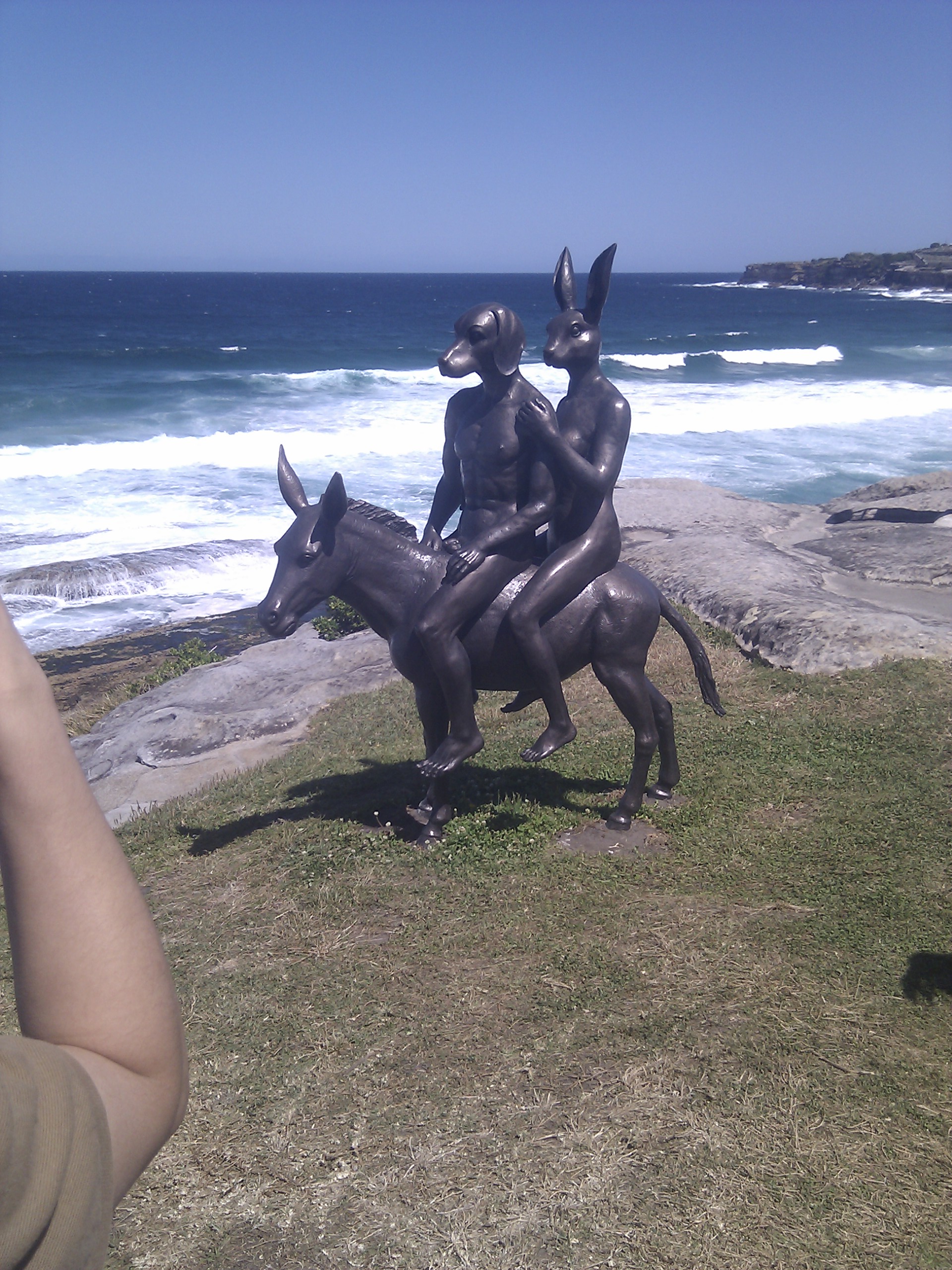 It’s a naked couple on a donkey… with dog and rabbit heads. 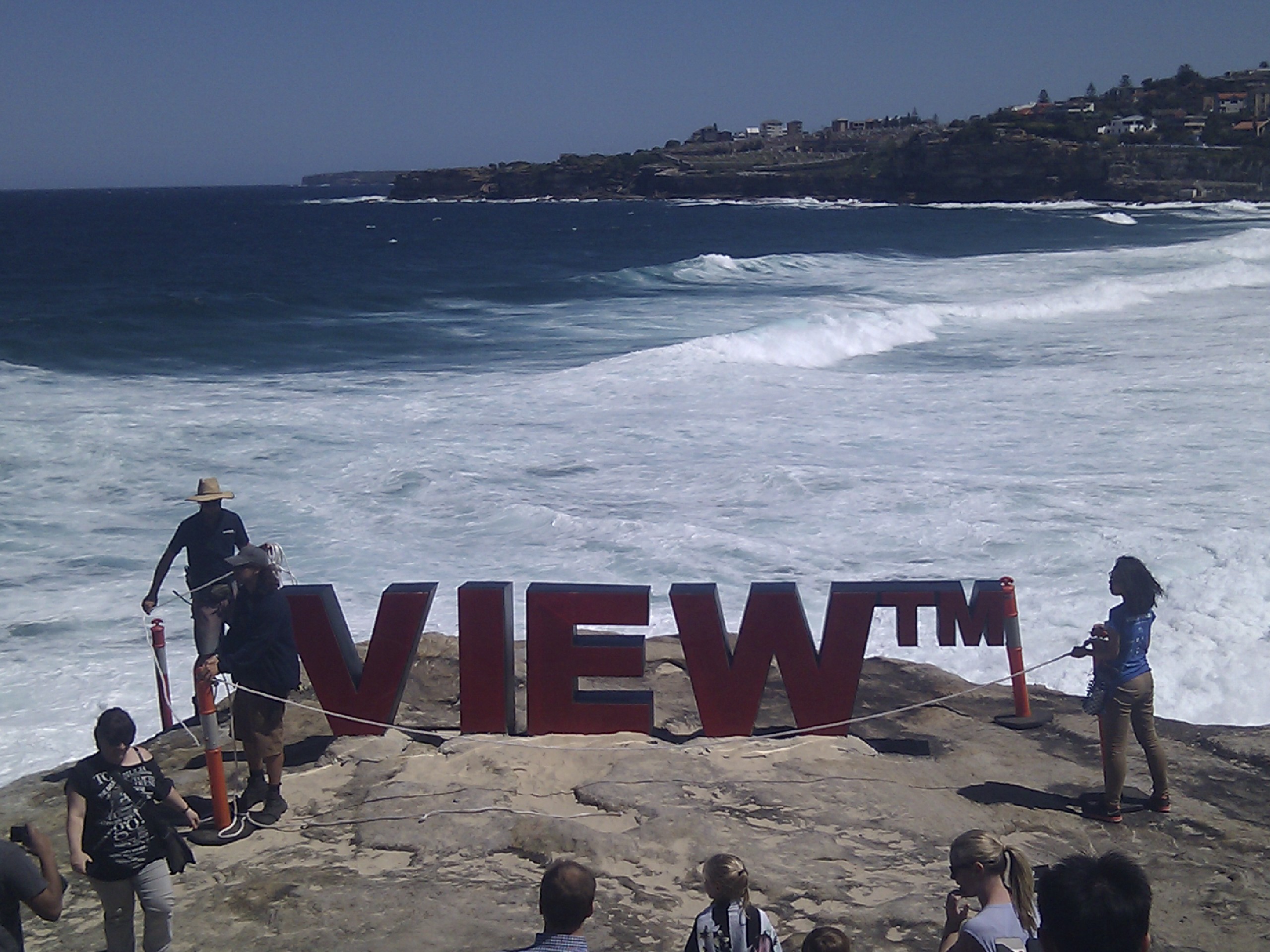 This was surprisingly effective juxtaposed against the spectacular view. 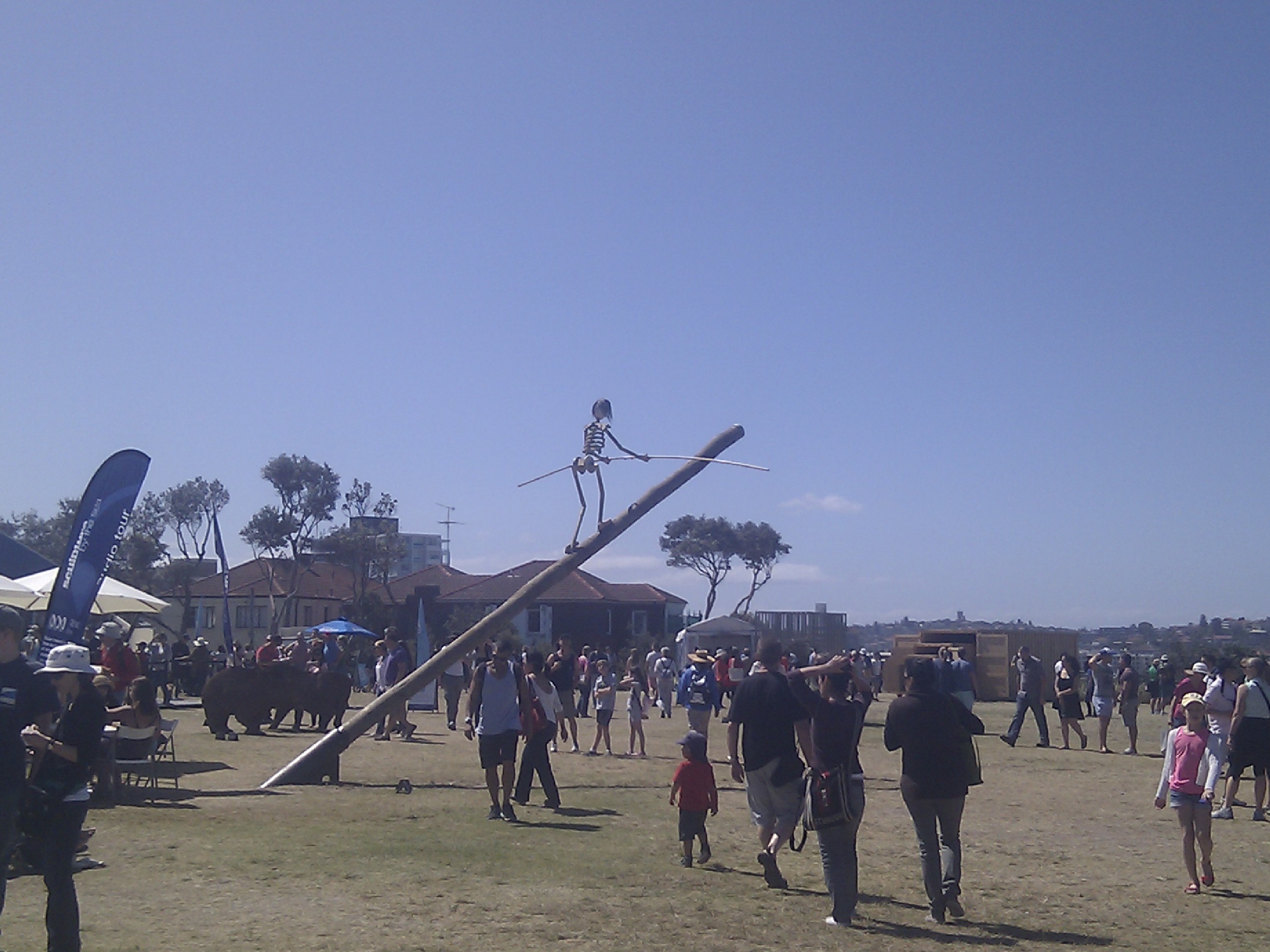 A skeleton with a balance pole. Of course. Couldn’t be having the poor guy falling off, could we?